From the arts of the griots to Medicine Man Orchestra

Medicine Man Orchestra (MMO) is a time adventure, swinging between ages, dimensions, cognitive or cartographic geographies. It is a show that takes you to the limits of multiple realities. Advanced audio-visual technologies provide the gift to carry you away as in West Africa, beside venerable griots, as in the fancy european clubs of avant-garde electronic music. The background: an Africa in motion where ancestral rhythms resonate with urban sounds in order to weave new narrative scores.

The three protagonists of the show are thus pioneers of a hybrid sound object imbued with nebulous mysticism, giving pride of place to effect processors, while remaining faithful to the hypnotic aura proper to the enchantment of the Ancient Mandingo Empire’s narratives.

The griot, shaker of minds

The griot is above all a storyteller, a historian, whose knowledge is orally and musically transmitted, from

generation to generation. Seidou Barasuno is therefore the ambassador of the tradition inherited from his father, himself griot of the royal Baatonu court, storyteller of the Wassangari dynastic history and of their princes’ panegyrics. For Seidou, the karanku, the traditional chest drum, is used as favourite instrument and musical medium. Carried by the legacy of his ancestors, Seidou is, in turn, convinced that each instrument has its own aura and each word its tonality.

For a griot, the melody is primarily a matter of sense and the word a purification force. « The griot is a profession carved in rules, values and principles. A griot is certainly an artist, but he is in essence a born social mediator.” (Barasuno) On the modulations of a semantically rich baatonu language, Seidou invites you to immerse yourself in both a jubilant dance and a soothing introspection. Thus, musical expression in MMO owns an ethical thickness inherent in the educational ambition of Barasuno, a.k.a the oratory spectrum that takes you on the path of wisdom.

To the conquest of another space-time

The game of narration, the performative power of the verb, griots like slammers or spoken word’s adepts have rightly grasped all the strength. Edifying bridges can be established between griots and activists of another world. At the heart of a magical realism, metaphysics and griot’s cosmogonies invariably seem to hold the secret of the equations posed by existence while resolutely contemporary artistic approaches, like those associated with the pan-African movement of Afrofuturism, refuse the Western linearity of time between past, present and future. As the thinker Édouard Glissant suggested, the challenge is to “reo-pen access to deposits of future”.

Advocating a connected, subversive and inventive identity, propelling the roots of Africa into the future through art with the tools of technology: those are the ambitions of Medicine Man Orchestra which in-vites you, thanks to a 2.0 afro-electro music, to an ecstatic visual journey of the noblest. Onirism, beauty, effervescence, all the ingredients are there to let oneself plunge into the most universal intimacy.

Through this exploration along the meanders of voice and sound, MMO is not so far from the cult sci-fi film Space is the place where Sun Ra made an interstellar journey into a fantastic world, a land of ref-uge, far away from the America of segregation. 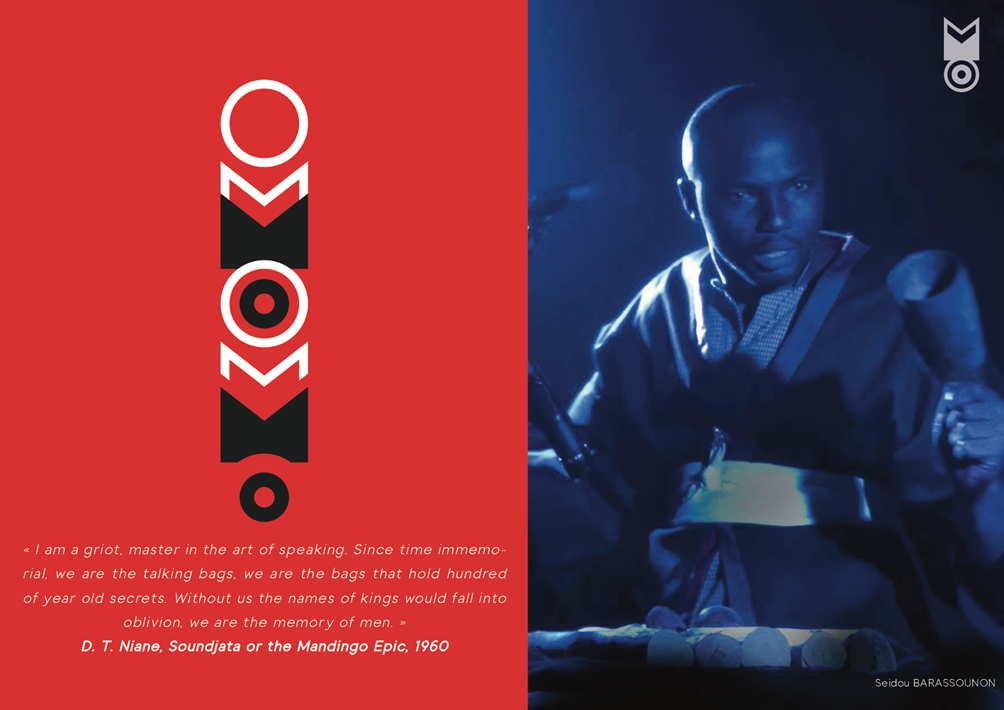