Through a simultaneously attentive and floating listening, the sound journey proposed by MMO invites to introspection and meditative appeasement using the codes of music therapy. The latter uses music to heal suffering by addressing resonantly, with vibratory charge, to our unconscious.

At the heart of MMO’s ambition is therefore the will to bring relief to the audience through the adoption of a different way of exploring what the ears have to mean to the mind or body. Increasing its ingenuity, MMO proposes to create the conditions of bliss of a multi-sensory experience orchestrating by sound, voice, colors and volumes, an accompaniment out of any comfort zone. By aim-ing to restore well-being, MMO is not a concert but a sensitive and surreal artistic adventure. Combining sweetness and surprise, resonating with defined psycho-acoustic systems, this show appeals to an un-limited spectrum of perceptions.

The griot, true master of ceremony, is then called as a healer, the spon- sor of a «psycho-magical ritual» crossing the emotional layers of abyssal dread, serenity before reaching the light of knowledge. 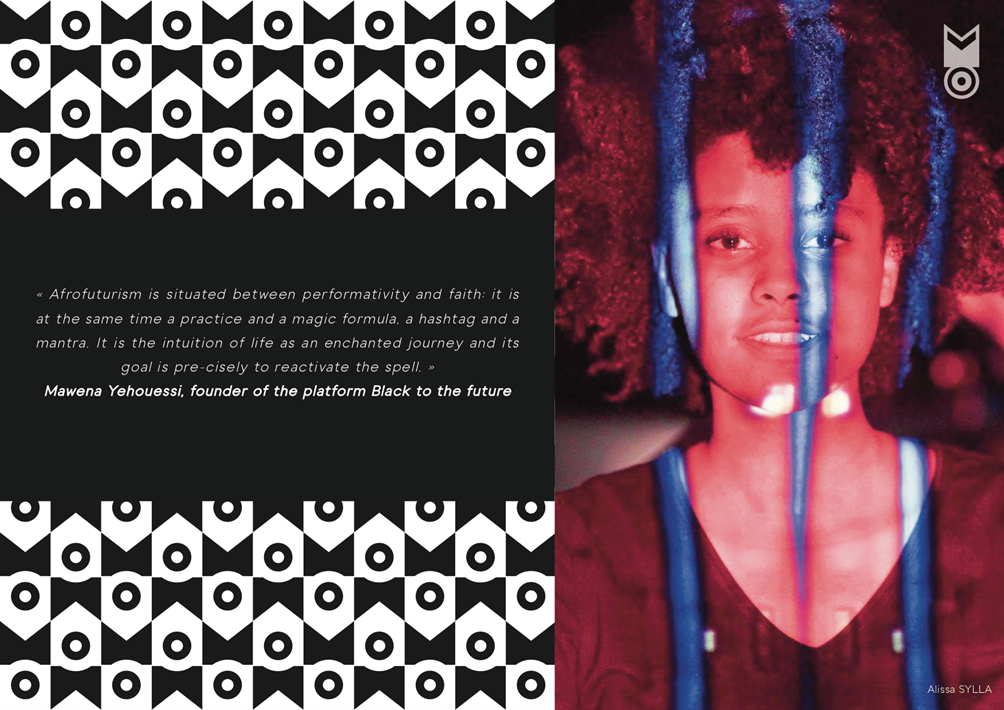 Technical innovation at the service of soul

MMO distinguishes itself through the unprecedented MMO distinguishes itself through the unprecedented combination of acoustic and visual techniques at the cutting edge of innovation. Mapping, projections on scenographic objects, mingle with a binaural 3D audio sound. This sound device allows access to a very high acuity of perception by relying on charac-teristics of human hearing to locate the origin of sounds. It is therefore the technique of sound spatiali-sation that comes closest to natural listening.

By using immersive audio, MMO returns all their prestige and complexity to so-called «traditional» music in the line of a sound and cosmic anthroposophy; close to the cymatics (eighteenth century), MMO sculpts the material thanks to the vibration of joined bodies and highlights minimalist sounds, songs with spectral aura, enveloping them with a halo of unknown. Electronic reverberations and traditional musical elements allow, in a skillfully negotiated interlacing, to draw original strings and soundscapes with contours that are not easily circumscribed. For our greatest relief, the imaginary of atmospheres is not yet reducible to new technologies! 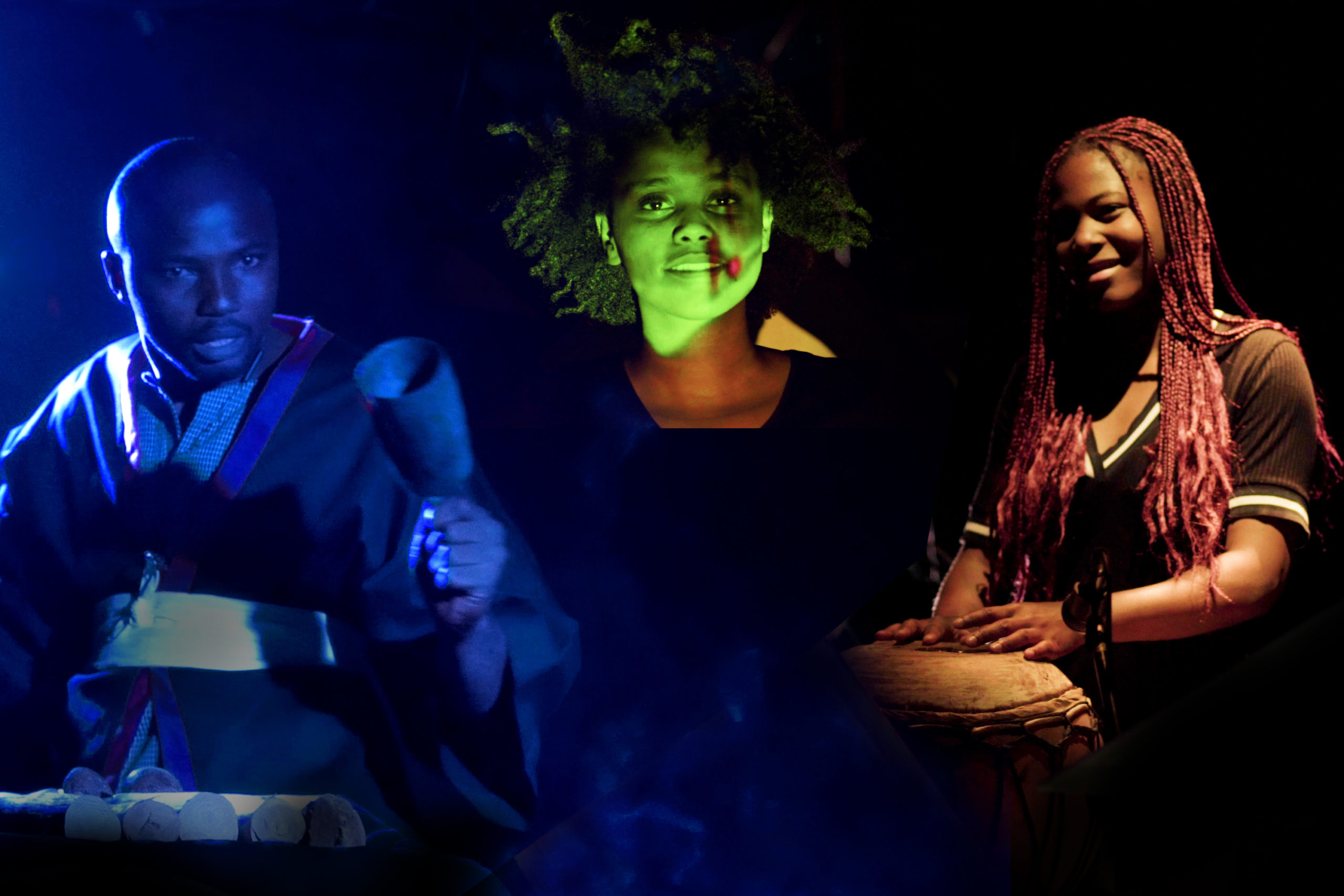 Native griot from Parakou, in northern Benin, he initiated the MMO project with the producer Mathieu Insa. Founder of the Griotics Arts Festival, he also coordinates the national network of Benin’ griots and represents, in West Africa, the American NGO WIKITONGES. He has been involved by UNICEF in the implementation of the Zero Tolerance for Child Marriage project.

composer from Senegal, poet, graduate in musicology (La Sorbonne), she excels in experimental electronic sound design. She had been inspired for this project by impressonist pianists of Western classical music like Claude Debussy and his Arabesque number 1.

Burkina Faso’s percussionnist, she’s the priestess of rhythm wether with djembe or balafon. She has collaborated with renowned artists such as Damon Albarn including in Le vol du boli.